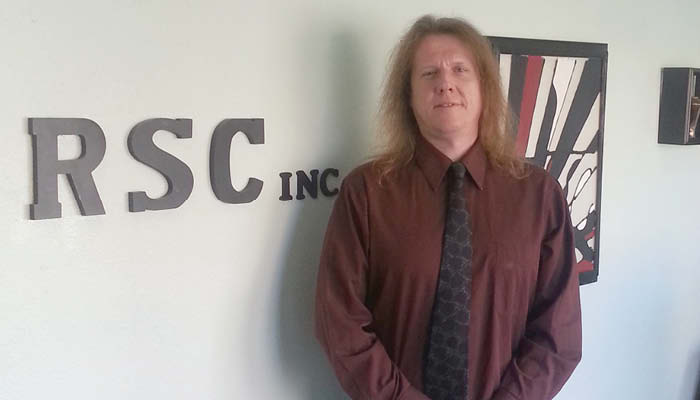 “Your opinion is important to us and we would like to share your opinion,” said Rod Kringler President of the Research Solution Center. The Research Solution Center, Inc. is a national tele-service company that is not only based in Moorhead, but has the distinction of being a homegrown Moorhead business. “It is a place where every opinion matters.”

Kringler was born and raised in Moorhead graduating from Moorhead High School in the late 80s. He has always had a fondness for the area, which explains the reason that Research Solution Center remains in his hometown. He also wants his 15-year-old son to have the many opportunities that the community has to offer.

Kringler related that he and his older sister grew up with strong family values that provided the structure and boundaries that have served him well. His sister settled in Colorado after serving in the U.S. Army with a tour in Iraq. Sadly, Kringler’s father passed away in 1994 and his mother still lives in Moorhead. He recalls many fond memories of traveling with his soft-spoken dad who was an independent over-the-road trucker for many years. With a sense of accomplishment and pride, Kringler said that the opportunity to travel with his dad allowed him not only to develop a strong relationship with him but also to visit all 48 states. He said that life, as an independent trucker requires you to be self-reliant, which is an essential ingredient in owning and operating your own business. Like father, like son.

Kringler’s marketing research career began from the ground up. His experience as a phone representative served him well as it provided him a frontline view of the process that led to a promotion into quality assurance and later to floor supervisor. Even though the success in those positions eventually earned him to supervising the market research department, Kringler understood that the next step was as a business owner. In 2003, he opened Research Solution Center in Dilworth and relocated to Moorhead in 2012 when the company outgrew its space.

There are many misconceptions concerning the purpose of a call center, Kringler acknowledged. Call centers haven’t always had the best reputation, but this is an unfair analysis left over from the heyday of early outsourcing and often given by people without much experience in the industry. Research Solution Center is a market research call center providing telephone and online surveys, focus group recruiting, lead generation, and event recruiting for businesses.

Kringler explains that he helps companies understand what customers really want which allows them to tailor their product offering to meet the customers’ needs and give the companies a real competitive edge.

“Perhaps you want to find out if people in a certain area even know if your company exists, Research Solution Center is your partner,” explains Kringler. The history of consumer shopping indicates that American families, on average, repeatedly buy the same 150 items, which accounts for as much as 85% of their household needs. “It’s hard to get something new on the consumer’s radar.”

He noted that the company has extensive experience working on projects for research companies, advertising agencies, state and national political pollsters, political parties, and individual candidates. They also offer Focus Group Recruiting, Telephone Surveys for Public Opinion and Political Polling, Web Surveys, Direct Mailing, as well as many other services. Kringler added that he and his 17 employees will customize their services to fit the customers’ needs.

If your business has questions for your customers, Kringler said; let our experience work for you. The Research Solution Center can provide companies with the ability to deal with customer issues and obtain feedback that will lead to customer retention and customer satisfaction improvements, which leads to business success.